Taking a look at the next generation of Pyro.

The last time I looked at Pyro was back about 3 years and it's was version 5 of a single interface window based application for creating, editing and burning CD's, ringtones and the like. Cakewalk has since discontinued that original Pyro line and has created the Pyro Audio Creator series, which was recently upgraded to version 1.5

In version one, as I understand it (never actually looked at it) they striped out some of the original Pyro's functionality, but, with version 1.5, due to demand, it was mostly added back in, and then some. So, what we are left with looking at today is a complete soup-to-nuts solution for recording and editing audio, ripping and burning CD's, cleaning and burning old albums and tapes to CD or mp3, tagging audio files, creating and managing your digital media library, managing backups and even publishing files into the world wild web.

For typical consumer uses such as portable mp3 player owners, digital media enthusiasts, ringtone makers, hobby musicians or engineers, and the like, Pyro Audio Creator can be an invaluable, all in one solution for a lot of tasks.

When Cakewalk asked me if I wanted to take a look at the application I jumped at it because I actually liked the version 5 I had, and had no idea they released a new iteration of it as a whole new product, so the fact I had version 5, and I was given the "upgrade" version 1.5 was somewhat confusing, and prompted me to start asking some questions.

So, now that the ground work is down, I go about my fun and games.

Upon installing the application I saw something weird, a few DOS windows opened and closed during the install process. While it didn't make any problems, it was strange, I haven't seen that from many applications at all in recent years, other than occasionally in beta releases and such.

That being said, the install process was quick and painless, and resulted in one surprise. This is no longer a single window application. When launching the program, you get a small window with buttons to launch each individual toolbox for the different pieces to this application. Personally, I dislike that multi-window approach to applications, but, some applications warrant it, in this case, I can sort of see it because it is very different things each section does, so I am not as annoyed by it in this particular context.

The application is split up into 6 sub apps. Those being burning, ripping, encoding, tagging, editing and publishing. Each one is named pretty intuitively. 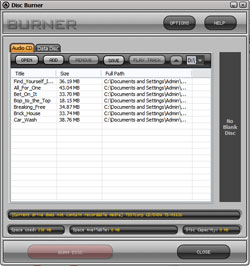 The burning interface is pretty simple, as the burning process really only has so much to it. It pretty much consists of selecting the files you want to burn and click "burn". Not a whole lot more than that. It does have the ability to burn gapless CD's, which is kind of cool, so you can get around that lame 2 second gap between tracks that so many applications force on you.

In addition to the fairly routine task of burning redbook CD's, Pyro also allows the user to burn data backups to CD, DVD or Blu-Ray disks if you have the hardware to support it. You can also export data from the editor straight to the burner, and it allows the user to create and burn iso disc images.

Any project you create you can save layout information for later use such as re-burning your disc for whatever reason you may need to.

The ripper uses the LAME encoder to rip your CD's to digital formats including MP3, WMA, FLAC, AIFF, WAV, and others. You can download track information from the online music databases and use that downloaded metadata to organize and rename the track in your newly ripped digital music collection.

You can use this to convert digital formats between MP3, FLAC, WMA, WAV, AIFF and others. In the conversion process you can convert stereo/mono, bit-depth, sample rate, & add to iTunes with ease.

It allows you to drag and drop files and folders for conversion, will store files in automatically named and categorized folders, and even rename based on available metadata. 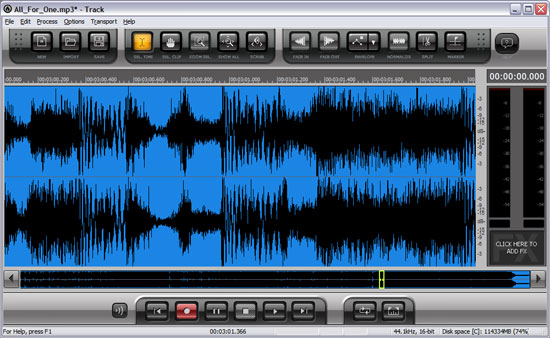 A full featured audio editor that allows the user to record and edit. The processing functions include audio cleaning processes to remove pops, clicks and other assorted noise from dirty audio recordings. These can help you restore old albums (remember those) to a cleaner, better sound. It includes crossfading, panning, volume and normalizing processing as well as support for DX and VST plugin processors.

The recording function does including pause and resume and allows you to monitor the recording in real time. While processing and listening you can set markers and loop points to loop through smaller sections over and over. 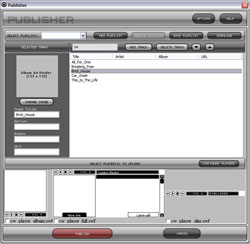 The publisher makes easy work of publishing your production to the internet, helping you create play lists for your web sites, add album art, customize Flash based audio players and more. Great if you are an active podcaster or musician that likes to publisher new music frequently.

I have found Pyro Audio Creator to be a very useful application. Not only for the simple ripping and burning of music, but media collection organization, tagging, even some level of remastering is possible with the editor.

At some point DVD authoring would be a cool addition, menu construction, maybe even DVD re-authoring. However, given the constant fluctuation of the laws around such subjects I can see where it may be a calculated risk to dedicate resources to such efforts.

At the end of the day, everybody could come up with a laundry list of features they would want added to any application, which is exactly why new versions are always being released. That not withstanding, Pyro has a distinct feature set, and what it does do, it does very well. It supports a lot of formats, every function of the application has a lot of personalization available to it to process, tag and organize how you would be like it. So to me, it isn't really as much about what I would like it to do, but more of whether or not it does what it does well.