Drums in the control room (only one room)

So I have been having a hard time with drums as I only have one room (untreated) available for all my gear and my DAW which makes placing mics a chore. Place it, hit record, hit some drums, playback, make adjustment, rinse & repeat.

I know they have some nice studio headphones which will block some sound, but they are expensive and I would rather spend my cash elsewhere at the time.

I was reading online at *gasp* another recording site and saw something that I thought might work for me.

That's right, hunting earmuffs :) I used some in ear headphones that I already own, threw these over em, and oh man it worked fantastic.

I had my neighbor come over and hit the drums one at a time and I was able to position my mics while listening. It made things go sooo fast and I captured the best sound I have ever got from my floor tom.

Now I know that the headphones are not ideal, but it still gives me a way better idea of what I am recording vs. not hearing anything at all. Anyway, 20$ (they had a 10$ pair also at walmart) later and I have much more usable drum takes.

I am still on the hunt for some headphones that are cheap, sound good, and can block as much noise as these muffs. They even had a rating chart on the back stating how much of each frequency is reduced. Lows of course pass through more but are still reduced by 15.5db where the higher end are reduced by 40+db.

Direct Sound makes a muff that does this well, but I can find nothing on how they sound and they are $50-90.

That's a cool idea tripps. I've got some decent ear buds in combo with those would work really well. That combo would work great for mic placement on amps as well. Interesting.

Ideally (read: if I had the money) I would get those Ultimate Ears in-ear monitors. The ones that require getting a mold of your ear. Not sure how many dB's they reduce by but a drummer bud of mine says they block pretty much all sound and anything you do hear is coming through the bones in your body.
Keith Warren
Mans reach exceeds his grasp
Member
Since: Oct 23, 2007

That's not a bad idea for tracking acoustic guitar either- my headphones let any nuance of metronome seep through; I'm going to get a pair of these this weekend :) Thanks for the tip!
CptTripps
Czar of Turd Polish
Member
Since: Jun 20, 2006

Yeah man, on a budget it worked. Direct Sound has EX-25's which are $50 but I can't find a review for the life of me. Now their Ex-29 has some nice reviews from engineers, studio drummers and live drummers, but they are about $90. I will probably go with those when I happen to have $90 just lying around. But yeah, I only need it for mic placement as I have other cans that are decent for tracking so this worked really well.

Just FYI, I tried two pair of phones, just make sure they don't have the post sticking out of em as shown below or the muffs press against em. If you have to buy both it would probably be worth it just to pick up some cans from DS, but if you have decent in ears this is affordable and works. 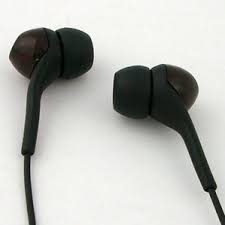 I've got these ones here and they should work great in combo with earmuffs. Actually we have a chain saw store right by work here. I'll hit 'em up for a pair that they use. 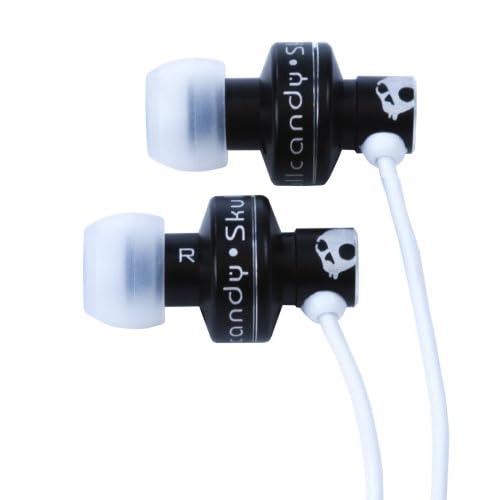 Some day these will be the ones I'll have.

BH, for lack of words, those are just.. wrong looking.
Noize2u
Czar of Midi
Administrator
Since: Apr 04, 2002

BH the Skull Candy are what the boyz and I use. Those things rock indeed. The cleanest ear buds I have ever used.

I have custom sound plugs that are moded for my ears for loud places but if I still played live I would be using the UE as they are probably the best at the moment.